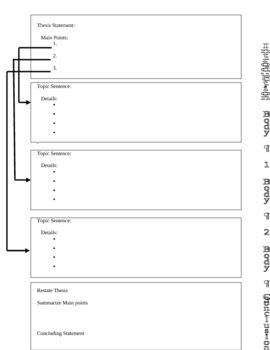 We also instructed our students on the importance of using transition words to maintain a cohesive flow between their ideas, examples, details, or reasons. Transition words were to indicate shifts to new paragraphs and were limited to a small word bank of transition words first, next, then, before, finally, similarly, and a handful of others.

We meant well when we had weak writing students memorize transition words and introductory and closing sentences to match with particular writing prompts. Prepositions took on new currency when the picture prompt was introduced. Students were presented a picture and asked to describe the scene. They could begin anywhere but were required to trace the picture in words by moving from top to bottom, left to right, right to left, or background to foreground—all in a multiparagraph theme.

In front of, behind, to the right of, across from, in the distance, and near the right-hand corner were common tools students used to plow through the picture prompt. The model writing norm, whether descriptive, instructive, classificatory, or persuasive, generally included an introductory paragraph, three paragraphs for the body, and a closing paragraph.

Students were instructed to tell what they were going to write about, write about it, and then tell what they wrote about. While this is a standard that I remember being modeled in the fifties and sixties when I was an elementary and secondary student, it was only one model—the five-paragraph theme. In the educational reform of the nineties, one model became the only writing model for Texas students. In Texas, teachers proudly boasted a high success rate when nearly every student could write a five-paragraph theme to any descriptive, how-to, compare and contrast, or persuasive prompt.

Sometimes, we could even figure out the pattern and guess which mode would be tested in a given year. In the elementary grades, the students were given a picture to describe. In the sixth grade, students generally had to give the steps for how to do something. The prompts never invited any analysis of this process, so the resulting writing was usually a series of directions rather than an essay.


Students could be prompted to write a persuasive letter to the local school board. The prompt might read: "Your school district is considering school uniforms.

In a letter to the school board, take a position for or against school uniforms and give reasons to support your position. My students thought I was a great teacher. Little did they realize that passing the TAAS would not guarantee them success in college, where writing standards included multiple models of writing to communicate critical thinking, something that does not seem to result from standardized testing that standardizes teaching practices.

It was a complex dilemma that I struggled with as a teacher. While I received praise from my school and district for my success rate among "at-risk" students, I kept asking myself why. The Preliminary Paragraph The launching paragraph collections the sculpt It but not only features the topic, but your location going with it the thesis.

Come up with during the dynamic sound It is more impressive. Do this for any sentence with the introductory essay. Discuss for the greatest holding up suggestions One of the best maintaining strategies are the types about for which you involve some experience. Unless you understand them, you can not complete a decent activity writing about them. Perform creating introductory sentences on numerous stories Even unless you use them, they are compared with any type of composing you are doing now.

It can be pleasing to look at a routine of development. Helping Paragraphs Generate a changeover to create the sub-subject Each individual paragraph should stream, one to another. Write down this issue phrase The transition could very well be involved in the question phrase.

Sustaining ideas, suggestions, points will have to be certain in to the sub-issue The disposition in assisting paragraphs is to try to installed just about anything. It can? Rita Platt is currently a instructor librarian with courses fromPre-K to fourth quality at St. Croix Falls Elementary Faculty in St.

Croix Falls, Wisconsin. She still stands by a piece she wrote in ; in it she explained she was? She thinks the five-paragraph essay format has room for creativity, such as through word choice, subject matter and progression of thought. Kids can use the five-paragraph essay model to organize their thoughts, she claims, and once they? Kids need something to begin with, says Platt, who has 22 decades of educating experience across different quality levels.

She wants students to browse a variety of essays, and pay close attention to composition.

The students can then produce thoughts inside of a crafting workshop. As they establish their written content, they take into account the best way to construction people strategies. Students can explore a variety of organizational buildings to determine what best supports the message of their essay,? Campbell states. Platt tells EdSurge that she thinks there? But that means the kids who aren? And not all academics love producing or compose themselves, she states.

https://resoftlitica.tk Many elementary school academics, she claims, never create, and not everyone has the skills of, say, Lucy Calkins or Nancy Atwell. She wants kids to write down about topics they care about, but at the identical time, recognizes that instructors do ought to teach producing. She claims her mentor text method described above?

In my work with graduate pupils who are discovering to be English Language Arts teachers, I am also seeing this method work,? She adds that her method would be a lot easier if course sizes have been smaller and teachers weren? Most people aren? She suggests there is a sense of elitism in instruction that she gets a little tired of, along with some instructor bashing that makes her feel like she has to defend her colleagues who aren?

It bothers me in education-particularly in my field, language arts-where everybody says,? 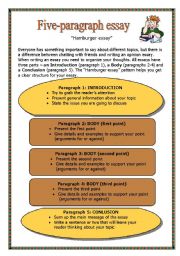